As part of the Federal Government efforts to tackle insecurity in the country, President Muhammadu Buhari has unveiled an unmanned aerial vehicle (UAV) produced locally by the Nigerian Air Force Institute of Technology. 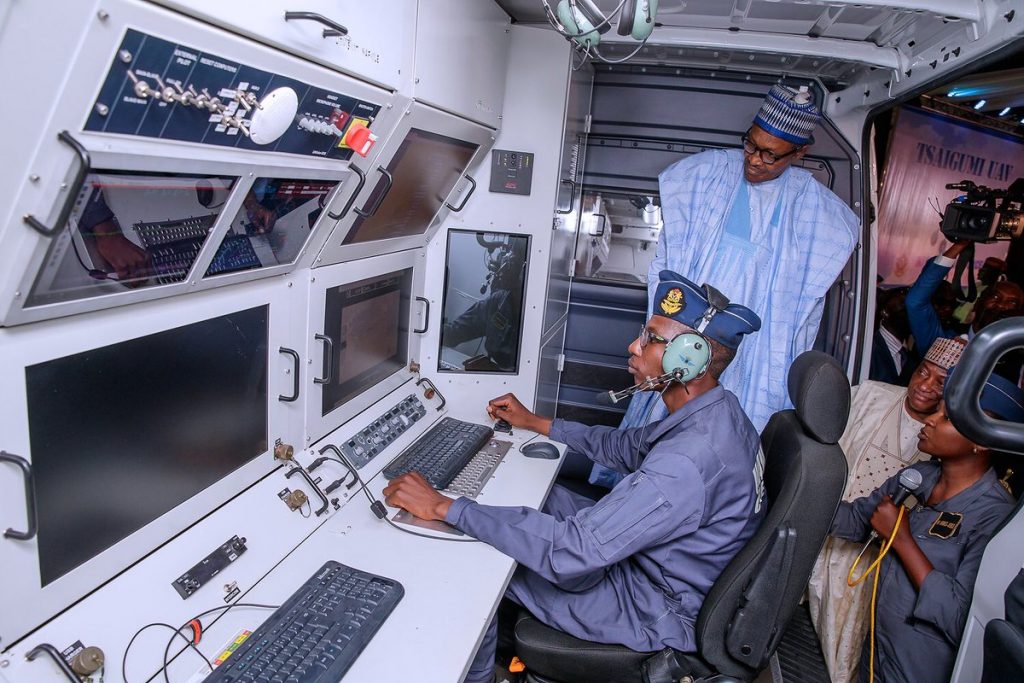 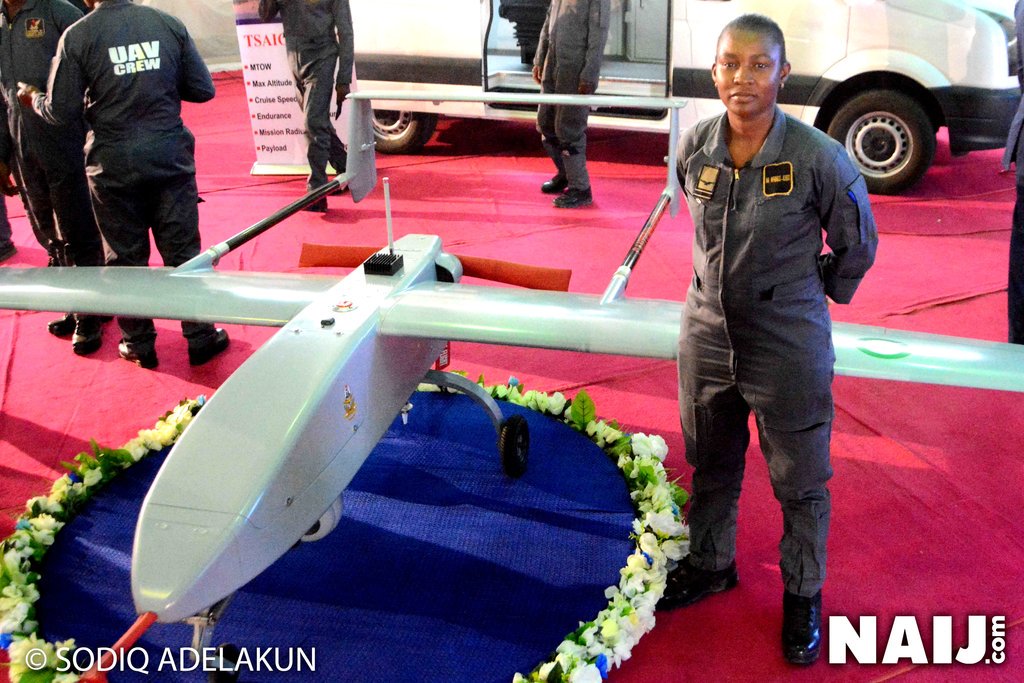 The Tsaigumi is a surveillance unmanned aerial vehicle, which was produced by NAF Aerospace Engineers in collaboration with UAVision of Portugal, would be used for ISR operations in land and sea domains.It has an operational endurance in excess of 10 hours, a service ceiling of 15 000 feet and a mission radius of 100 km. It has a maximum take-off weight of 95 kg and its payload is an electro-optic/infra-red camera system.

“Indeed, this outstanding accomplishment holds promise of both military and economic benefit to the nation. From the military perspective, the added capacity for ISR provided by Tsaigumi UAV would undoubtedly boost ongoing and future security operations”, the said Muhammadu Buhari.

The President noted that as soon as the NAF UAV project moves into the next stage of mass production, it would create employment opportunities and generate revenue as Nigeria’s first military export product. While urging the NAF to strive for greater innovation, President Buhari promised that the Federal Government would continue to provide the needed support, for the benefit of the nation.